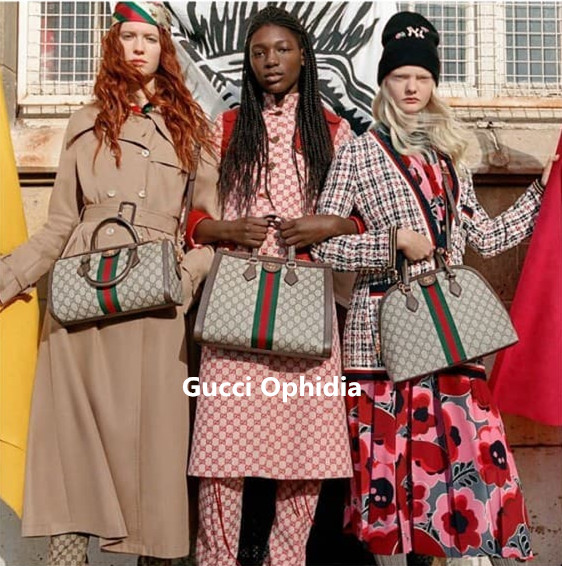 Green and red Web or blue and red Web is one of Gucci’s iconic features, which dates back to the 1950s. Gucci Web tells the brand’s deep ties to Polo, whose inspiration originated from the canvas Web fixing saddles to the horse back. The Web has applied to Ready-to-wear, handbags, accessories since the 1950s. To today, it has been a world-famous, iconic detail for Gucci. 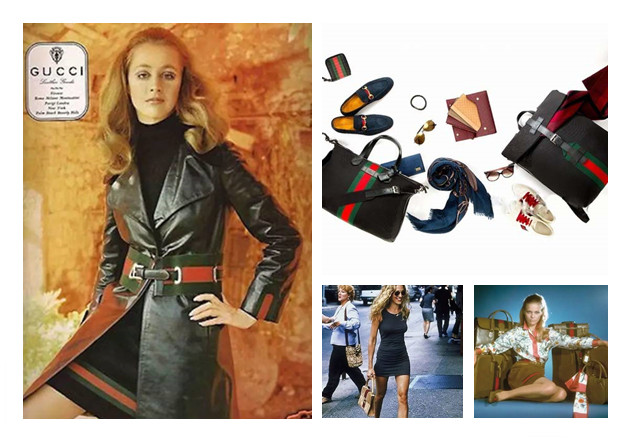 Gucci was just a small leather shop in Florence, Italy in the beginning. The earlier products were concerned with Polo, so products by Gucci was influenced by Polo. Green and red Web and double G were registered by Gucci in the 1950s. From advertising in the 1980s,Web was always a featured element. To the end of the 1980s, Contests of equities and bad management led to reputation damage. It’s Tom Ford that saved Gucci in 1994. With his help, products by Gucci became novel and young. In the following ten years, Gucci bought back to life little by little. Web was weakened on many of products, but it never went away. Frida Giannini replaced Tom Ford in 2006. Fortunately, people criticized that Frida’s designs had nothing new and he often reused these creative designs Tom Ford ever used. Gradually, consumers felt bored with Gucci. Finally, Frida Giannini left because of the dropping sales volume at the end of 2014. The predicament was reserved by Alessandro Michele from 2015. The gifted designer added Geek and Romantic elements to products by Gucci. Nowadays, Gucci brings back to life. Especially handbags, Dionysus Line, Sylvie Line, GG Marmont Line, Padlock Line and Ophidia Line have made a hit all over the world. Gucci Ophidia Line is the leading role in the article. 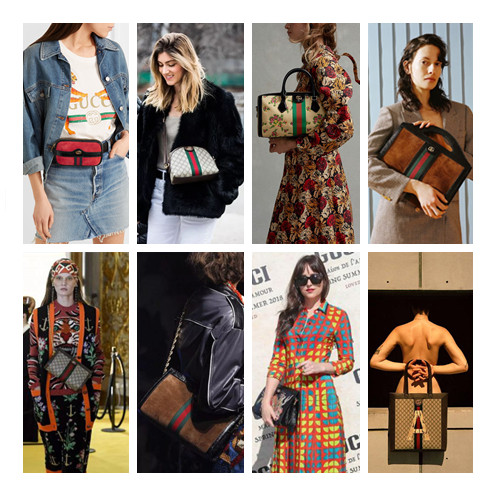 Gucci Ophidia bags appeared at Pre-Spring Resort Show 2018, featuring Web and double G. It shows that Alessandro Michele respects and is good at using Gucci’s historical culture. Among all lines, Ophidia bags fit all ladies at any age. The line is not the one you will like at first sight, but the more you see it, the more attractive it is. The most popular model is the Ophidia shell bags and the Ophidia chain bags, available in medium and small, Supreme GG canvas and suede. As for Gucci Ophidia chain bags, the chic way to wear it is across the body. The shoulder chain is not enough long, but it looks chic to stay the waist. Some models hang it on their necks, posing on the Runway. Recently, belt bags are popular, but it’s hard to show the best street style. Why not learn something from fashion icons? They always represent the most stylish look.

The Ophidia Soft GG Supreme large tote is the newest model Gucci and many artists launched together, whose front will be decorated with individual capital letters according to the demands of clients. Due to the oversized design, I’m afraid that only fashion icons dare to get one.

Rihanna And Her Gucci Bags 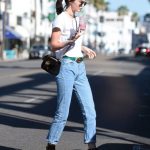